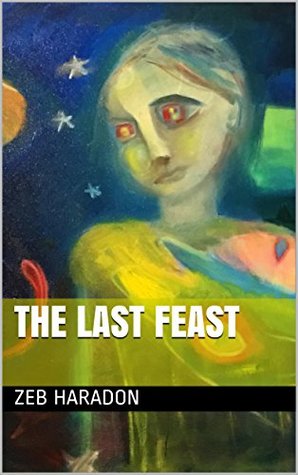 Jim, the only human still alive in the universe, lives his life on a small escape pod orbiting a black hole, where he survives by replicating himself and eating his clones. Before eating one of his duplicates, he entertains his meal by recounting the story of how he got here and how he managed to survive.

It began when he had decided to travel to an interstellar colony where he could sell some museum pieces he owned. En route, the ship he is on gets momentarily caught in the powerful gravity of a black hole and is flung trillions and trillions of years into the future. The passengers find themselves in a time of maximum entropy, where all life is extinct, all the stars have burned out, and there is nothing left in the universe except a black hole and a complete vacuum extending in all directions.

As the original crew of seven is slowly reduced through suicide, murder, and accident, two factions form. One group believes, against all evidence, that somehow, somewhere, there exists intelligent life in this universe that can rescue them from this hell, and they devote their energies to sending out more and more powerful distress calls. The other group simply wants to preserve the ship’s power, so that they can live comfortably in this hopeless universe as long as possible.

Ah, the last supper.  A meal to be relished and enjoyed.  A hearty meal, after all, you are what you eat.

But what is supper without entertainment?

A story perhaps before you go.

Jim is 1000+ years old.  He keeps himself alive by cloning himself.  This last time, the clone wins.  So before he departs, he decides to share a story.  Dinner and a story.  Yum.

The story isn’t pretty or easy.  It’s a story of survival.  Of his survival.  His will to live and to hope.  How things came crashing down and yet through it all, he just couldn’t expire and kept himself going.  Yet, now here he is, singing for his supper again.  Dancing like a monkey to his clone.   It’s through this story that you learn about Jim and the crew on the fated space shuttle.   How they divide into two groups – those believing there was no hope and those who believed there is hope.

OMG!  This book is twisted in a good way.  I couldn’t put it down.  I started it last night and finished it before going to bed.   Jim’s story is both fascinating and heartbreaking.  You learn so much about his life and what has happened to shape into what he is today.  I’m not a science person by any means, but I understood everything that Mr. Haradon wrote about space travel and cloning.

If you are looking for a book that will keep you on the edge of your seat, scare the hell out of you, and make you question what you are living your life for.  This is the book.  You will enjoy it.