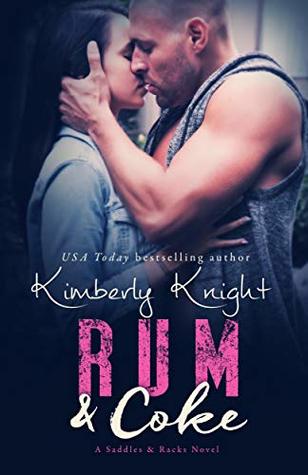 Not everything goes as planned …

Vincent Reed always believed he’d play professional volleyball in the Olympics, but when he’s injured his sophomore year of college, his dreams are crushed and he loses his scholarship. Instead of dropping out of school, Vinny began working as a male escort to pay for his education and fulfill his new dream of teaching children. Enjoying the life of luxury and travel, Vinny continues moonlighting as a male escort after graduation. He has everything he could ever need.

Everything happens for a reason …

Teresa Stewart never planned to get pregnant before she was married. She also didn’t plan for the father of her baby to die in combat before she could even tell him the news. Struggling to feed herself and her son, Colton, Tessa moves to Las Vegas where she hopes the cost of living will be cheaper and she’ll find a job in a popular hotel. But finding a job isn’t easy for Tessa, and a neighbor soon convinces her that stripping is the best way to make the money she needs to provide for her small family. All of life’s puzzle pieces are starting to come together, but Tessa knows something is still missing.

At a bachelor party for his co-worker, Vinny meets Tessa. The sexual attraction is undeniable, but they each have something holding them back from moving forward. They grow even closer when Vinny becomes Colton’s teacher, and it seems as though all the pieces are finally falling into place.

However, sometimes the best-laid plans turn to hell …

Because murder will change everything.

Single mom Tessa is making a new start in Vegas with her son Colt. She takes a job as a stripper at a local club. On a side gig she meets Vinny, a male escort. She’s not looking for a boyfriend or a complication. She has her son to look after. As things go, her boss, Sebastian keeps offering her side gigs to be his arm candy. This can’t end well! Tessa is swept up into the drama that surrounds Sebastian and his business. Now she’s a prisoner. What about Vinny? What about Colt and his future?

Vinny isn’t looking for a complication. But when he sees Tessa dancing at his friend’s bachelor party he can’t help but want that complication in his life. Quickly he steps up his game to get to know her better. Only he falls for her and her son. When she is torn away from him, his world collapses and he’s not sure what to do or how to get her back. Can love prevail? Does she even want him?

While I did enjoy this story, it was a little too predictable. Once you find out Vinny’s real job you know what’s going to happen. Then from there its basically a somber story of getting back together when things don’t work out. I like certain parts of the book. Other parts I was bored with. It was just an okay story. The parts I loved were when Vinny and Colt were working together. It was a sexy, steamy book. The just okay parts were the parts where someone followed her, some of the parts with her boss. It just didn’t catch me like I was hoping it would.

The characters were okay. Tessa is very naive, I felt terrible for her. Vinny is a great book boyfriend, he is caring and considerate and loving, great with kids. See great on paper!