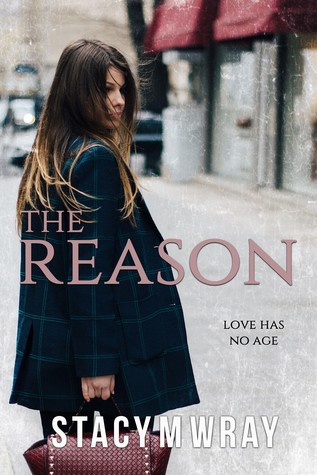 Lily Turner was married to her best friend. Trouble was, it wasn’t much more than that. After the romance ended, so did the marriage.
When Lily met Casey Dunlap at a local café, their attraction was immediate, yet innocent, his sexy charm instantly drawing her in. When their harmless meetings slowly evolved into more than just friends, Lily struggled with the magnetic pull Casey had on her, not knowing what to do.
It should have been easy – she was no longer going to be married. She had no reason to drag her feet…
Except that Casey was nearly fifteen years her junior – only ten years older than her teenage son. What would her kids think? How could she possibly do this?

Not words I would use to describe Lily Turner. She is just a woman, closing in on 40, with 2 kids, an ex, and another chance of love!

The fizzle is out of her marriage, Lily and her BFF, Mark are trying to figure out the next step in their now ending relationship. They’ve set some ground rules for themselves so that nothing is a surprise to the other one. It’s tough juggling a life, 2 kids, work, and everything else that is tossed at you. Lily finds love at the deli counter with a younger man, Casey. When tragedy strikes Lily & her family, Casey is there to sweep up the pieces and keep her smiling. Is Lily ready for more? Does she want to introduce him to her kids? Is she ashame of the younger man who makes her happy? So many questions that Lily needs to vet out of her life. What is holding her back from loving?

Casey is enchanted with Lily on sight! She is gorgeous. Yes, she is older, but who cares!? Not him. It’s a slow dance between the two. Casual chat leads to coffee, leads to understanding, leads to backing off. It’s only when Casey sees Lily after a year and her marriage is over that he pursues her relentlessly. He won’t take NO for an answer. A BBQ turns into a roller coaster for the new couple, causing problems when Lily won’t talk to Casey. He senses she is holding him at arm’s length. Why? Is she ashamed of his age? Is she ashamed of him? Why can’t she just let him in? He loves her, she loves him, let him in!

Thank you to Ms. Wray for reaching out to me. I love this book. I love Casey and his wisdom, his maturity, and his understanding. I kept waiting for him to chase her more, but he takes the adult approach and lets her think. There is no denying Casey’s love for Lily. Yet I do understand Lily’s hesitation with her children. She is too worried about what other people think. Who cares that he is younger! He is legal, has a job, and is hot for you! GO!

The writing is fast paced, the story, the characters will all capture you and pull you along in their story. You will get wrapped up in the love. Even Mark’s love for Lily. He might not love her like a wife anymore, but he loves her because she is the mother to his kids. I even like Mark’s new girlfriend Ellen! I like them all, even Oz! LOL