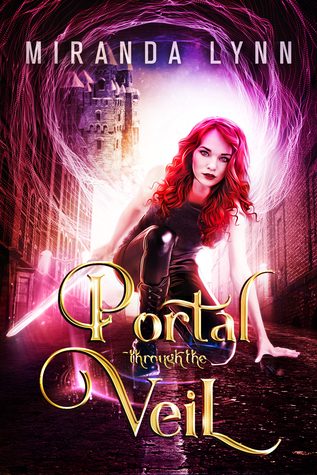 An heir, set to rule over all of Faery, on one condition- that she marry and take a King to rule at her side. Her father is determined to see her wed to a prince of his choosing, however, Tatianna has other plans. Plans that don’t involve tying the knot. What this princess didn’t anticipate, was the unexpected guest to what was, essentially, her engagement festival.

Kallan, prince of the dark court- was not only unexpected, but uninvited. He knew it would be a risk to show up. Not only was he a dark fae, but a human as well. It would all be worth it though to see her again. When light meets dark- and two worlds collide- secrets, lies and betrayals are exposed.

Luckily, fate, magic and a bit of divine intervention will help to bring balance back to the land of Faery. No matter the cost.

Tahna is next in line to be the queen of the fae. However, her father wants her to pick a king to rule with her. Tahna wants to rule alone, she is strong enough to do it. Her father agrees, but doesn’t want her to rule alone. A series of quests are set up. Four of the best fae are selected and sent forth to win her hand in marriage. Check that, five. A dark fae showed up to play too. Kallan, the dark fae wants the same thing as Tahna to reunite the two courts. Only others don’t agree and will stop at nothing to keep them apart. Can Kal and Tahna work together and win? Or will the courts topple, bringing everything down to the ground?

This is a quick read. I enjoyed Tahna and Kal. But I couldn’t help but think of the Disney movie Brave. The tests for her hand, the witches cabin with ruins and potions. The spirited princess. The fact that she doesn’t want to marry and wants to rule alone. Once I got past that and Kal was more of the story I enjoyed it more.

I wanted to know more about Kallan.  What he was taught in the dark court.  How he knew about the quests?  Things about him.