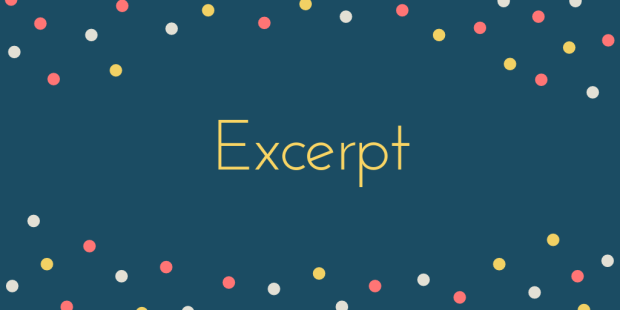 “The dark night of the soul? Mind telling me what the hell that was about?” The heavy wooden door echoed through the tight chamber when it slammed against the door jamb.
Bastien remained still across the small sacristy, head bowed as he continued to work quietly, deft fingers sliding thin, golden ropes of sacred fabric through his fingers. “I’d rather know what you think.”
Frustration thickened my blood. “I’m your dark night of the soul?! I think you went a step too far.”
“If that’s what you call a step too far I’d hate to hear what you call indecent.” His body was against mine in an instant, my breasts heaving with shallow irritation and grazing the fabric of his vestments.
This profoundly infuriating man was under my skin like no one else had ever been, and just like a bad tattoo, I’d pay a professional to gouge him out of my soul if I could.
“This, for instance,” he hissed, “is surely a step too close to your precious comfort zone.” His body pressed closer, the deep ridge of his arousal cutting at my hip and causing my throat to crack and turn to dust. “Don’t trick yourself into believing that you know you more than I do, Tressa.”
His dark eyes glinted in the dim light, heartbeat vibrating in my ears the only noise in the room. “What’s that supposed to mean?”
I couldn’t catch my breath, his fingers crawling their way past my wrists, grazing the underside of my elbows before his thumbs dug in and he was as far deep inside my own heart as he could possibly go.
“You like the dance, sweet dove, but just when things get intimate you pull away.”
His scathing truth cut like a hot blade.
“No,” I squeaked.
His soft chuckle my only reply, my eyelids already glued shut in opposition of his words.
“You think you only show me the side of you you want me to see,” Bastien’s thumb danced the arch of my brow, “but I see so much more than that.” His eyes flicked down to my lips, hips working softly against mine.
“I’m trained to see the broken parts you’ve spent a lifetime hiding. I’m trained to be your light in the darkness, Tressa, but all that darkness,” his thumbs worked inside my elbows, swaying me against his body as he grit against my neck, “it weighs on me some days. Seminary doesn’t teach a flesh and blood man how to channel all that darkness into…” he flexed behind his robes, my body humming with pure desire for anything more he had to give, “productive activities.”
I didn’t have a reply for him, the way he swallowed my space and caused my heart to thrum like a hummingbird was distracting enough, but his skin setting flame to mine was beyond unbearable.
“What about you, then?” I summoned my earlier anger. “You fancy yourself some sort of holier than thou saint? Forgive me Father, but I call bullshit.”
Bastien’s eyes held mine, the amusement chasing through his chocolate irises giving me enough satisfaction to live on for days.
I squared my shoulders. “You’re a prisoner to your belief.”
His eyebrows rose, shock striking him before his face settled to that same well-orchestrated calm he reserved for his parishioners. “You can bet I’m a prisoner, but not for the reasons you think.”
His admission caught me off guard, but not more than the next moment did.
His palms caught my face, thumbs trailing down the warmth of my throat before he smashed our lips together.
His kiss defiled as much as it gave life.
He raped me to the depths of my soul without ever removing a strip of my clothing.
“But that’s where my beliefs with the church diverge.” He lips teased at the corners of my mouth before his tongue darted out, tasting the bow of my top lip.
Oh sweet fucking heaven.
“I happen to believe it isn’t living if you’re not breaking a rule every now and again.”
He caught the soft whimper on my lips with his, swallowing it instantly before his tongue pushed past the barrier and he was sheathed in me again.
His taste, far deadlier than I’d remembered.
“Despite what my church may believe,” Bastien’s thumbs hooked at my shirt, the warm pads of his fingertips sliding against my skin and cutting through my nerves like hot butter, “I can’t renounce you.”
His palms slid up my torso, divesting me of my shirt while one hand cupped a shiny chalice, drips of wine already making their way between my breasts. Staining the satin bra I wore, pooling in my navel, soaking a rebel river of red overtop the elastic of my panties.
“I know the taste of sin, sweet Tressa, I’ve tasted it every night in my dreams. Craving you is a new and deadlier form of hell than the last I’d overcome.” He dropped to his knees, the empty cup slipping to the floor and soaking his white robes in scarlet before his tongue met my flesh in slow swipes, eyes glinting as he held me flush to his mouth.
Soft mewls formed on my lips as my body fell apart in his arms, limbs loose as he worked his way up my body, tongue tasting every inch of the blessed wine from my skin as he went.
“I am very surely a prisoner to you, my sweet dove.”