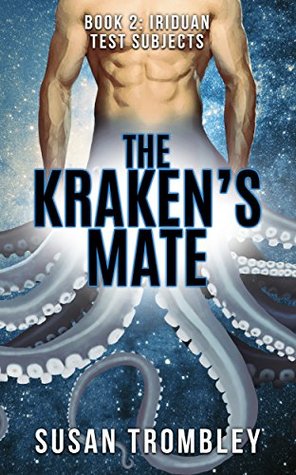 The sequel to The Scorpion’s Mate…
A desperate escape from a prison cell inside an alien research facility leaves Joanie in the clutches of an alien with a handsome face, a great body, and tentacles that could have come out of a horror movie. Her life back on Earth is a mess, but nowhere near as complicated as her new situation becomes when the alien test subject named Nemon decides that she’s his mate.

Nemon knows that Joanie is the mate he’s hoping for as soon as Thrax hands her to him, but he can also see that she’s frightened and traumatized. He must win a battle against his own body—which has a mind of its own—to maintain control, so he can win her trust and avoid frightening her further. His newfound friends warn him that Joanie will need time to accept him, and Nemon is willing to wait, but they all may have underestimated Joanie.

They have escaped their fate as Iriduan test subjects, but Nemon and Joanie can’t escape the legacy left behind by their captors. A legacy that brings them together—a legacy that also threatens to tear them apart.

Joanie is an Earthling, she was kidnapped and on a research vessel in space. Injecting her with who knows what. But she is sure she is dying. Before her death, the ship is highjacked and she is ‘rescued’ by another set of aliens. Hybrid aliens. The one sworn to protect her is half man, have octopi. The human parts are dreamy, but the octopi parts are not so much. Joanie gets to know the octoman, Nemon and realizes that he sees her as his mate. She is drawn to him also. But WTF? Can this work out? Can Joanie get out of her own headspace and accept Nemon for himself??

Nemon wants Joanie from the moment his tentacles touch her. She is his mate! HIS! After he saves her from a horrible death they learn each other in the ships hold. Joanie makes him feel like there is hope out there for him. She accepts him. Together they find out that his Father was using Nemon for his science and that Nemon isn’t his real son. In the end, Joanie and Nemon make the magic happen. And that’s what counts.

Love story aboard a spaceship. It was a good book, I did skim because it got to be too much information about stuff I didn’t care about. Sex was ok, it didn’t hit all 5 of my senses and was a little gross. I liked Nemon for how shy and backward he was. Not an Alpha by any means, but he still loved and adored Joanie. That’s what counted. Yes, this book had a HEA.

Would I read more of this series? Maybe. But not right now. I never read the first book in this series and that didn’t make any difference.