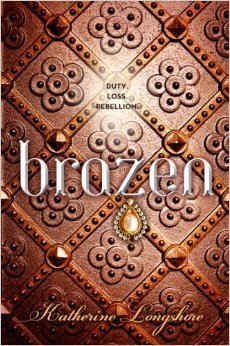 Mary Howard has always lived in the shadow of her powerful family. But when she’s married off to Henry Fitzroy, King Henry VIII’s illegitimate son, she rockets into the Tudor court’s inner circle. Mary and “Fitz” join a tight clique of rebels who test the boundaries of court’s strict rules with their games, dares, and flirtations. The more Mary gets to know Fitz, the harder she falls for him, but is forbidden from seeing him alone. The rules of court were made to be pushed…but pushing them too far means certain death. Is true love worth dying for?

This book was recommended to me based on the fact that I enjoyed Outlander.  This book is only close in that it has English people in it.  Otherwise, it’s a world apart.  However, if you do enjoy English History – Fiction, this is right UP your alley.  I’d place this with Daisy Goodwin’s book The Fortune Hunter.  Not with Outlander.

This book is a work of fiction and takes a lot of liberties with history. We will never know how involved FitzRoy was with Mary. The author, Katherine Longshore, could be hitting close to home or could be totally off base, but what she does is creates a great story between 2 people who were actually married. You will find facts in her book, as well as fiction.

It was a scary time to be alive and under the King. He was finding fault with everyone, except himself. FitzRoy is the King’s bastard son, he is wed off to a Duke’s daughter – not a princess. They spend a vast majority of their time apart from one another. It’s hard to grow a relationship when you are a pawn to the king. If the King decides to make Fitz his heir, then he is fit to marry a princess. Otherwise, Mary is good enough. Yet they aren’t allowed to consummate the marriage until the King decides.

With the help of Queen Anne, Madge, & Margaret – Mary finds herself, her voice, and her love. At the end of the book, you realize that Mary does love Fitz and vice-versa – I can only hope that happened in real life too. I hope Mary found happiness and love in her marriage because it sounds like her parents were real dickbags.