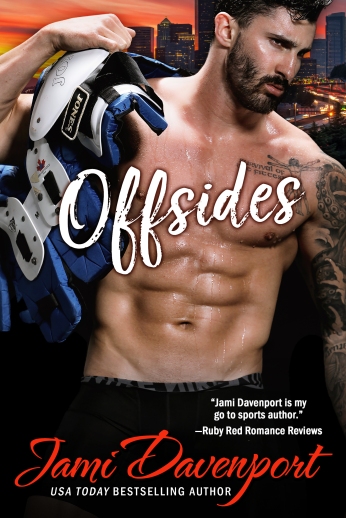 After twelve years in the league, all Zach Murphy wants is a Super Bowl ring. His focus has been on hard hits-not smooth manners; about breaking quarterbacks-not making small talk at cocktail parties. After dumping a tray of drinks on the team owner’s snooty daughter and accidentally feeling up the Governor’s wife, his tenure with his team looks perilously short.

Kelsie Carrington-Richmond knows what it’s like to fall from grace. A onetime beauty pageant star and former high-school mean girl, she’s now running from an abusive ex and living out of her car. With few real job skills, she focuses on starting her new business, Image Polishing for Real Men. She’s thrilled to land her first clients, the Seattle Steelheads, who have hired her to polish their roughest player.

Except…it’s Zach. The same guy whose broken heart she left in her wake when she was still a mean girl. He’s just the beast she remembers-but she’s nothing like the former beauty queen she once was.

Can they get beyond their pasts? Or will they both find themselves offsides?

*Previously published as Down by Contact in 2013. This version has been updated, re-written, and re-edited.*