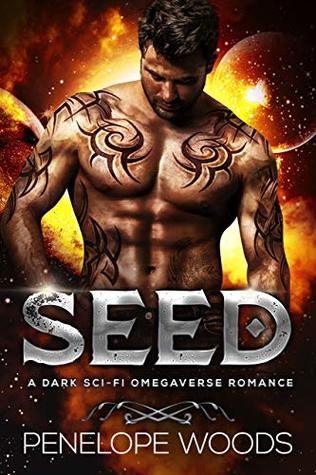 I gave him my heart. He gave me the seed.

We are the last survivors of a damned mission to the outer reaches of the solar system. I am a fertility doctor with one task: keep the species from going extinct. We are just six months away from our destination. What could go wrong?

One by one, the lights burn out. Our engines die. The entire space shuttle sways from a breach. There is an intruder.

I gasp, run, and try to fight, but it’s not enough to make him stop.

I was left quivering in his arms, broken and entirely his. He said I was his mate for life. He told me I was an… omega.

In space, no one can hear you scream. But that doesn’t mean he won’t try to break the rule.

*Dark gateways and portals to different realms. One HOT alien beast set on taking and claiming the only woman brave enough to explore his natural habitat. Seed is a full-length, dark sci-fi omegaverse romance. Note: this novel is downright filthy, wild, and contains a HEA you won’t want to miss!

A futile experiment to keep the human race going once we’ve destroyed our home. It’s hopeless, they aren’t going to make it. It’s just a pointless mission to give them false hope.

Mia is on a spaceship with convicts, collecting samples. She is barren and will never help to populate the new planet. A particularly nasty inmate – Cade – has his eyes on Mia and all the ways he can hurt her. A breach on the ship causes panic amongst everyone. Mia and the captain try to figure out who or what is on the ship. The alien protects Mia from Cade.

Talis, the last of his kind recognizes Mia as an Omega. Someone he can share his DNA with. To repopulate his planet and species. When he tells her, she insists that she is barren. But her scent tells him otherwise. After mating and knotting her, he goes after Cade. Only Cade finds him and Mia first. Will Talis be able to save Mia and their unborn child or will Cade kill them both?

I didn’t care for Talis at all. He was a dickbag. There’s arrogance and then there is Talis. I’m not saying I wouldn’t sit on his lap, I’m just saying some of the way he treats Mia is a little dickbaggish. He could take it down a few notches and be okay. But his DNA isn’t programmed that way. UGH, What am I thinking?? It’s a quick story, the sex is quick too.

The hate Cade had in him, radiated off of him like flies from a pile of crap. He was just a mean nasty person, but he had it figured out before anyone else. He saw the signs and knew that it was all a one way ticket.