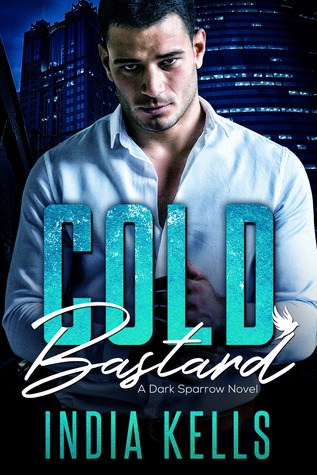 Zoe Somersby is so much more than she appears: a feisty curvy redhead, superhero lover, professional translator… and code breaker. Most of all she knows how power and money can corrupt a man. For those reasons she became a Dark Sparrow.

Archer Blackwood is the epitome of the ruthless businessman: cold, and filthy rich. The handsome Brit controls everything and everyone, no exceptions. Ever.

When Zoe is asked to go undercover at Blackwood Corporation, on the lookout for possible threats against the infuriating and sexy billionaire, she finds the mission amusing at the beginning. That was until the menace turns darker and her attraction to Archer becomes overwhelming.

Zoe is right in the middle of a bloody family war, but her mind and logic are blurred by lust. Archer turns into an unexpected protector, suddenly wanting even more from her if they ever survive this deadly game. Could her unstoppable emotions for the Brit be the end of her?

Zoe is needed for a job with Blackwood’s Corp. She is to keep an eye on Archer Blackwood, bastard son of Jamieson Finch. She signs an NDA so she can start working as a translator for Mr. Blackwood. Zoe keeps it professional, reminding Mr. Blackwood that she is there to do a job, not sleep with him. But when push comes to shove, will Zoe be able to resist Archer? Or will she be screaming his name in the middle of the night?

Archer Blackwood is surprised at Zoe’s spunk and intelligence. He can’t get anything by her, she has a sarcastic response for everything. He needs her to do her job, not be wandering off and out of his sight. Because deep down they both know that she is HIS! His mind screams MINE whenever she is with another man. Yet how can he forget all the things she has lied about, to protect him and his company. Would she do that to him? And what about his past? Could she overlook that?

Zoe is like no other female character I’ve read. She is spunky, funky, smart, and fearless for those she loves. I love that she is curvy and insecure about how she looks, but that Archer reassures her that he loves every inch of her. Men take note of this art form. Archer and Zoe work amazingly together. Their chemistry is on point. Both are broken and not looking for what they end up with. There are moments in this story where I cringe and worry about how they will survive.