After the death of her child, Brianna seeks to end her life within the ocean’s final embrace. Instead, she falls into the arms of a sexy, sleek-tailed monster. He’s wild, seductive, and sets her blood on fire every time he touches her, and soon she begins to need him for more than his magic to breathe underwater. He might just give her a new reason to live. 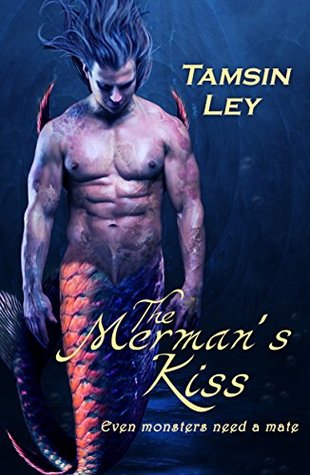 Zantu has evaded the mate-bond for thirty-five years, dodging promiscuous mermaids with vile intents. Unlike mermaids, mermen bond for life, and Zantu refuses to accept the heartbreak most mermen die of. That is, until the glint of gold catches his eye, and a simple salvage mission turns to passion. Now he’s bonded to a human, and begins to wonder if bonding to the right mate might not be so bad. The problem? A finless female won’t live long among the dangers of the sea.

Now Zantu must choose between keeping her at his side, and keeping her safe. Either way, he’s sure he’ll end up with a broken heart.

Brianna is done. Seeing no hope she plunged into the ocean. Where she is rescued by a merman, Zantu. Who claims her as his mate. Living below the ocean is very different for Brianna. Yet she is happy with Zantu. Could she stay with him?

Zantu is happy to find his mate. A human who won’t leave him. He can keep her forever. They can raise young and grow old together. When she is threatened he realizes that the mermaids won’t ever stop. They would hunt her down and kill her for sport. What can he do to keep her safe?