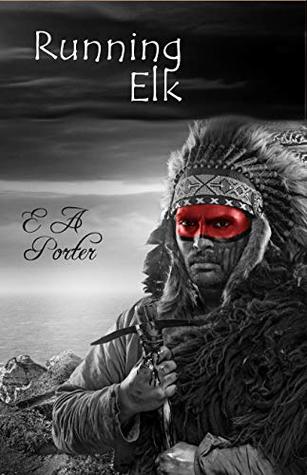 As she heads west to join her cavalry officer father at his Kansas outpost, Kristina Bogard eagerly anticipates new adventures—and her first glimpse of wild Indians. She has long dreamed of flashing black eyes, skin-covered lodges and buckskin and leather.

What she finds in Fort Leavenworth, though, is a far cry from her Indian nanny’s thrilling stories. What few natives are left are crushed, brokenhearted shadows of their proud past. Except for one, a handsome warrior who stirs up a whole new set of dreams.

Tahiska can’t take his eyes off the green-eyed beauty whose graceful hands are fluent in his native sign language. Except he can’t afford to let anything distract him from avenging his father, who was killed by two white soldiers.

Though anger fills his mind, Kristina steals into his heart, igniting a wildfire passion that must remain their desperate secret. For soon comes the day of reckoning, when justice will be served…or a travesty will shatter their love.

This book has been previously published.

Product Warnings
A sensuous romance that could prompt you to send up smoke signals for the one you love.

Kristina lives at a Fort in the plains with her socialite mother and her father who is in the army. It is at the for that she meets Tahiska. She is to translate for him. Her nanny taught her many ways of the Native American. It is there that she falls in love with Tahiska. They manage to see each other all the time and even sneak away from the fort to rendezvous.

Tahiska offers Kristina’s dad pelts for his daughter and then takes her away for a binding ceremony that she doesn’t understand. In all the times that he is with her, she never gets pregnant – ok. When he goes on a hunt, leaving her behind to finish his revenge on the white guys who killed his dad, she is angry with him and he with her. But in the end, they kiss and makeup. She goes with him to her village and all is right with the world.

My heart never raced due to romance or the chase.   I’m not sure I would even call this a forbidden romance.  The only person who had an issue with it was the mother.  The dad, the bestie, they were all ok with it.  I’d probably say a daring love or a misunderstood, but not forbidden.