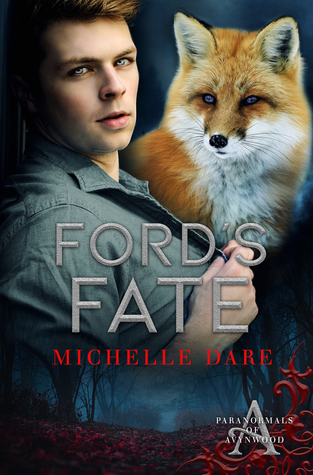 As a young vampire, Ford had experienced more than those much older than him. The love of his life left him. He fell for his best friend. People he considered friends were killed. Blood was on his hands.

Through it all, he never forgot his first love. The one who stole his heart then shattered it when he least expected.

When Sienna left Ford and mated with another, she thought she’d found her companion for eternity. Except, her life didn’t play out that way. Her mate was killed, leaving Sienna a shell of the shifter she once was.

Ford wanted Sienna back, but the choice had to be hers. Then her life was in danger, and his plans changed in an instant. All that mattered was keeping her safe.

Reaching a crossroad, they were helpless to fate’s plan. Ford was left standing before Sienna, wearing his heart on his sleeve, waiting to see what she’d do next.

I had a hard time getting into the book, but once I did, it was enjoyable.

Sienna and Ford are fighting a losing battle. The battle of Love.

Sienna feels guilty over losing her mate, Eli and possibly having another mate, Ford. It doesn’t seem fair to her. Yet, when Ford needs her Sienna is there for him, take care of him, protecting him, and loving him. Is it all too late when she realizes how much she does love him? She can’t let go of the past to step forward into the future. Is she ready to embrace her future? Or will the ghosts of her past keep dragging her under?

Ford’s life is hollow without Sienna. He’s alive, but not feeling. He’s a walking vampire, with no desire for life. He feeds because he has too. He lives because his brother Sol won’t leave him the hell alone. Ford is just existing. When she steps back into his life, is Ford ready? Is Ford willing to take the scraps Sienna is willing to offer or would it turn into something better?

This book tore at my heart. I felt terrible for Ford and what he was dealing with. As for Sienna, I was annoyed with her because of her back and forth. Her feelings are obvious, but she doesn’t trust herself and lets the influence of others override her choices. Some parts I felt like were a repeat of what Sienna had just gone over, it got redundant. Otherwise, I did enjoy the store, the characters, and the writing. I will continue on with this series. 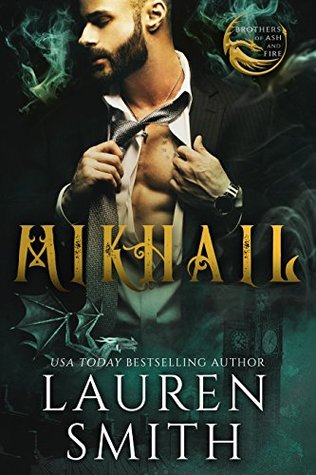 A dragon never leaves his hoard unguarded. His heart is another matter.

The second eldest in an ancient line of Russian dragon shifters, Mikhail Barinov had one job: protect one of the family hoard of jewels. Distracted by the English virgin queen Elizabeth, who was as dazzling as she was devious; he lost everything. Five centuries of exile later, news that a construction crew has unearthed a massive trove of gold and jewels sends him racing to London, determined to steal back his family’s treasure… and his honor.

Professional gemologist Piper Linwood can’t wait to bury herself in her newest project, evaluating a hoard of Elizabethan-era treasure. But both her life and career are threatened when a mysterious, brooding man with a dangerous smile — and an even more dangerous kiss — snatches the lot.

Unwillingly swept along for the ride, Piper discovers Mikhail is no mere thief. And the dragon on his back is more than a tattoo. It’s a living, breathing extension of a bad boy she’s finding harder and harder to resist. But his heart is a treasure she can never own… because to save her career, she’ll have to betray his trust.

Piper is a gemologist – she is now at an auction to sell off tons of gems. Then she meets Mikhail and all bets are off. There is something mysterious about him and dangerous. Yet, she can’t keep away from him. There is something between them, the way he looks at her and the way he makes her feel. Could this be the one to take her V card? Things heat up fast for Piper and Mikhail.

Mikhail is smitten for the little human, Piper. She is a rarity-a virgin and her blood calls to him. He needs her help with a job, but then he can’t part with her and takes her to his place. It’s there that he spills his secrets to her and calls to her. When push comes to shove Mikhail will stand up for her and keep her safe as he promised, but will she listen to him?

I enjoy paranormal books with potential. This book had potential. There are so many cool characters that could become spin-offs and maybe they already have and I didn’t see them yet – yes I’ll be going to look as soon as I’m done!

The only downfall I had was what happened at the end with Piper – it felt too cliche.  Maybe that’s just me.  I don’t want to spoil it, but when it happens you might understand! 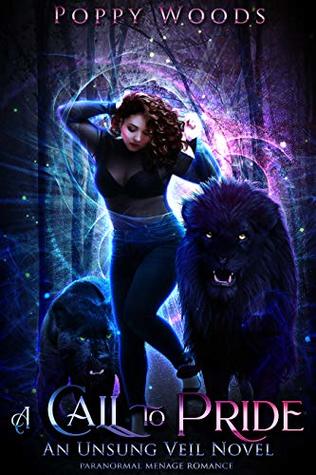 Liza Moultrie has been on the run from her past for over a year, trying to make sense of the events surrounding the attack that brought her life to a screeching hault. Life in Helen, Georgia has been kind to her and the friendships she found there have made the healing process a little easier, if painstakingly slow. Unable to distinguish nightmares from memories, she turns to the two guys who stomped into her life with without warning.

Parker and Kade James have secrets of their own, and apparently they’re bad at keeping them. Helen was supposed to be one more stop on the road, one more paycheck. That was until they met their mate. Their mate. Two brothers, one seemingly human girl, and they’re both drawn to her. When Liza’s past catches up to her, can the brothers keep her safe? Can she let them in and accept her place as their mate?

With danger stalking her, literally, throughout the town she has come to think of as her refuge, Liza has only one choice: Trust them.

A Call To Pride is a paranormal menage romance. Steamy shifters make this story unacceptable for anyone under the age of eighteen. Because the characters in this universe have a story to tell, and the author has little control over that, some uncomfortable topics may be touched on such as sexual assault, abuse, and death.

Healing from the past, Liza tries to bury the past in Helen, Georgia.  She has a new life, new friends, new job, all that jazz.  She also has nightmares about the past and what happened to her.  Liza can’t outgrow or overcome it.   Then she meets Kade and Parker.  Two enigmas.  Yet she is drawn to them and doesn’t understand why.  When her past comes back to haunt her, she tries to run, but Kade and Parker won’t let her.  They are claiming her as their own.  Her attacker lays claim on her too.  The scar he left on her body proclaims his claim on her too.  Yet, it didn’t have the desired effect.  When her true nature comes through with the brother’s still care about her?  Or will they run off too??

Parker is the Alpha, Kade should be the Alpha but he has no people skills, his animal is too dominant.  When they catch Liza, they know who she is to them.  Mate.  They carefully pursue her, letting her always make the first move.  They protect her, they keep her safe, and they love her.  When push comes to shove, with the brother’s be able to share her?

I liked this story.  I liked how Liza needed to figure out what she is.  But, when she figured out what she is, I sighed.  I wanted so much more for her.  I did like the brothers and how different they are.  Yet how they both loved Liza.  The story was fast-paced and filled with sexy scenes.

Yes, this is a cliff hanger, but not in a bad way.  Liza isn’t kidnapped, we know she is safe, but what we don’t know……yeah, you’ll have to read it to find out.   I will be reading book #2 in this series.