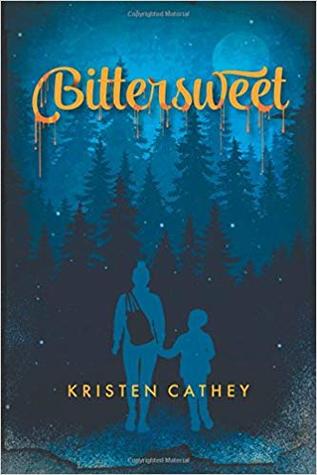 Bittersweet chronicles the adventures of Casey, a young stay-at- home mom, and her six-year- old son, Lincoln, who escape into the woods when their idyllic world falls apart following an attack by an unknown enemy. With little hope of survival, they must brave the elements and face many unfortunate challenges that shake their spirit and morale.

Although they were forced to leave behind Devon, their husband and father, not knowing if he is even alive, at least they have the company and support of a close friend as well as their two dogs. Casey is burdened by the responsibility of protecting her son while dealing with one problem after another in an attempt to get away from the chaos and make it to the safety of their cabin in the hills, all the while worrying about her husband’s fate. Only after ensuring their safety can she attempt to reunite with Devon. Casey goes through an emotional, dramatic turmoil while trying to keep her child alive. Her insecurity makes her question her decisions, and her doubt weighs heavily on her heart. Will her faith be enough to sustain her?

I was left with a lot of questions that went unanswered, so maybe another book?

First I love apocalyptic books. I love to see how author’s envision what the downfall will be, how we will survive, and who survives.

In this book, an EMP explodes causing the town to go dark. Casey, her son Linc, and their dog, Komodo are at the grocery store when this happens. Casey understands what they need to do – get home. At home is much safer than the streets. On the way how Casey witnesses brutality by the Army and hides her family. Encountering a friend, Jamie, they make a daring plan to escape and head to Casey’s cabin high in the woods. They must survive a trek through the woods, weather, and others who mean them harm too. Will they survive long enough to make it to the cabin? Will Casey ever see her husband again?

For me, there was way to much internal conflict running around in Casey’s head. I didn’t need to know what you were thinking 24/7. Show, don’t tell. The last 25% of the book I enjoyed. She didn’t overthink, she just did what she needed to do to survive! She didn’t rationalize it, she didn’t talk to Jesus, she just got to work and did it. I also didn’t like the fact that she called her boy, son and then would say buddy in the same sentence. I understand why Birdbox did it, but I don’t understand it here. There are 3 of you and no one is going to lure him away by shouting BOY!

Lastly, who set off the EMP? And why would the Army be using our people to mine? It doesn’t make sense. Not enough information was given to me about the bad guys/army men. Are they fake Army men? Like Aliens disguised as Army Men? Did they come here to harvest our gold? Are they from another country. When Casey rescued Devon, she didn’t even bother to ask. All she cared about was that her husband was alive and safe – which I get. But know your enemy too. Be prepared.