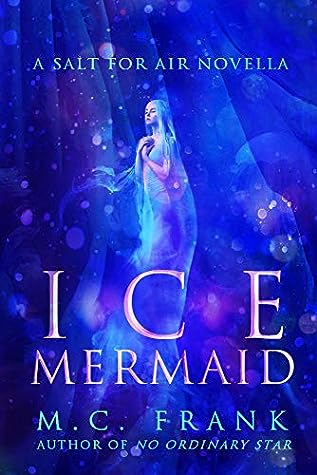 A delicious story about a mermaid who witnesses the sinking of the Titanic.

“Darius.” It came out choking from his chapped lips, and his head jerked as he tried to look up into her face.
“What now?”
“‘S my name. Darius. Thank you.”
Of all the humans drowning around her, she had to be stuck with the one who bothered to mind his manners as he was dying. She bit back a laugh. “Well, good to know. Stay alive, Darius.”
“Death feels so warm,” he whispered, those brown eyes hooded as they looked into hers. “Didn’t know there were mermaids in heaven. Ice mermaids…So beautiful. Jewels for eyes, pearls for hair.”
Behind them, the great ship that had the words “Titanic” painted on its bow was cracking as it tilted into the freezing waters of the ocean.

Lorelei gave a frustrated sigh and tightened her hold on him.
…

Ice Mermaid is a Salt for Air novella about a mermaid who witnesses the sinking of the Titanic. It can be enjoyed independently of the series.

Lorelei bares witness to the sinking of the Titanic. It’s there that she meets Darius. A man who intrigues and confuses her. She knows when he sees her, that she is doomed! Just like the passengers on the ill-fated Titanic. She decides that he is worth saving and worth the punishment. Yet, what will she do with him once she saves him?

Darius suffers from survivor’s remorse. He is happy she saved him, but what about his family and their future? He can’t stay with her, not knowing what’s going on with his family. The hardest thing he has to do is ask Lorelei to take him back to the sinking boat.

Can she lose him now that she found him? And what’s to become of him? Will he survive if she takes him back?

This is a quick story. It was wonderfully written. I wish it was longer.